Yesterday evening we went to a local hotel-school to have a meet-and-greet with public officials from the North-West province. The whole ‘ceremony’ was animated by Charles Ndabeni, the new CEO of tourism. He started with a list of ‘did you know that…’ statements:

Charles was very funny but also clear on the priorities he sees for the future of the province, agriculture, media and tourism. 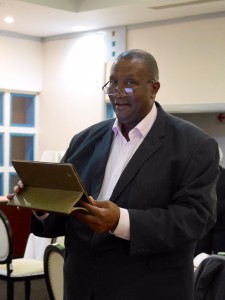 We stayed for an excellent meal prepared by the students of the hotel school. At the end the Lion King fans in our team posed with Mr. Lebo M. , a composer and performer for the movie soundtrack. 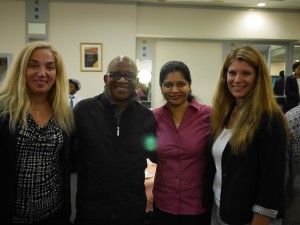 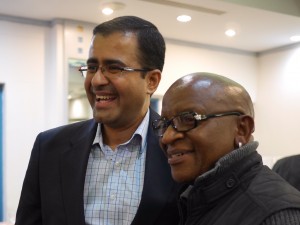 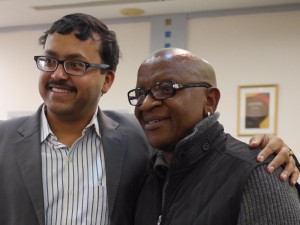 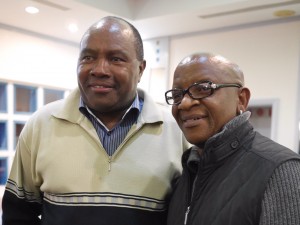